The sickness will kill you, but can you stomach The Remedy - Q&A with author Asher Ellis 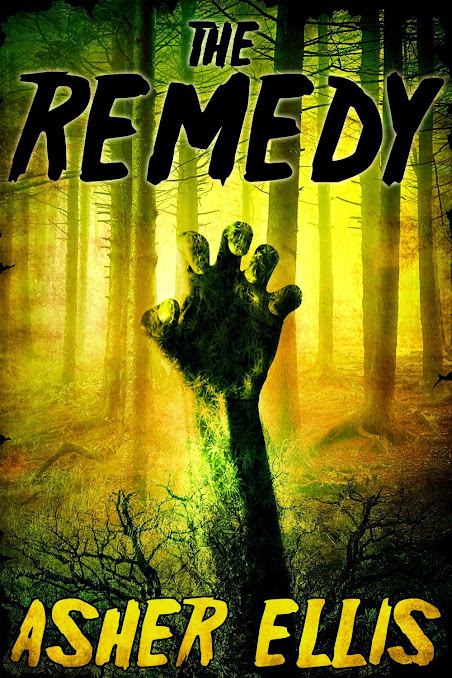 In his début novel with Full Fathom Five Digital, Asher Ellis displays a disturbing knack for campy fun and backwoods gore.  It’s Warm Bodies and The Strain meets Spring Breakers, and definitely not for the faint of heart.


Today we have the pleasure of meeting up with author Asher Ellis and talk about his brilliant début novel, The Remedy, our favourite book of the year so far.

"Straight-A student from the University of Vermont, Leigh Swanson, knew she should never have gotten in that car.  A raucous, booze-filled weekend in Montreal sounded like a bad idea from that start.  But, following the incessant nagging from her roommate, she finally gave in— against her better judgement.  However, when a half-baked scheme to smuggle illegal substances across the border takes a turn for the worse, the gang finds themselves lost deep in the woods, terrorized by a contagious deadly fungus and hunted by a family of twisted, interbred cannibals.  And these kids are about to discover that, sometimes, the only thing worse than the sickness itself is The Remedy."
Continue reading...
Horror new releases The Remedy asher ellis question and answer
Source: http://bookschatter.blogspot.co.uk/2015/04/QA-AEllis-Remedy.html
Tweet